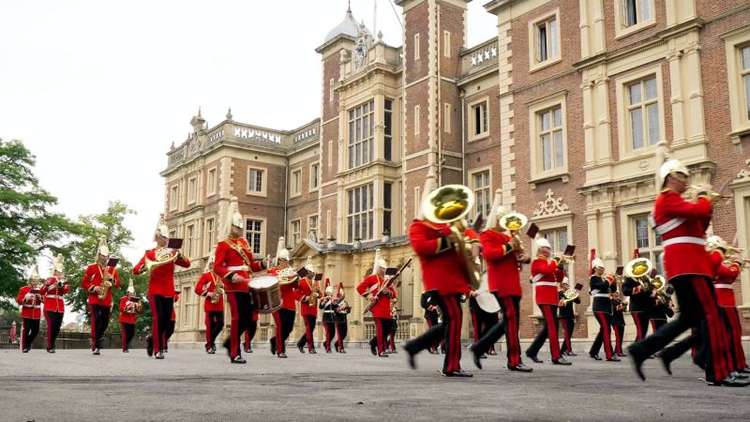 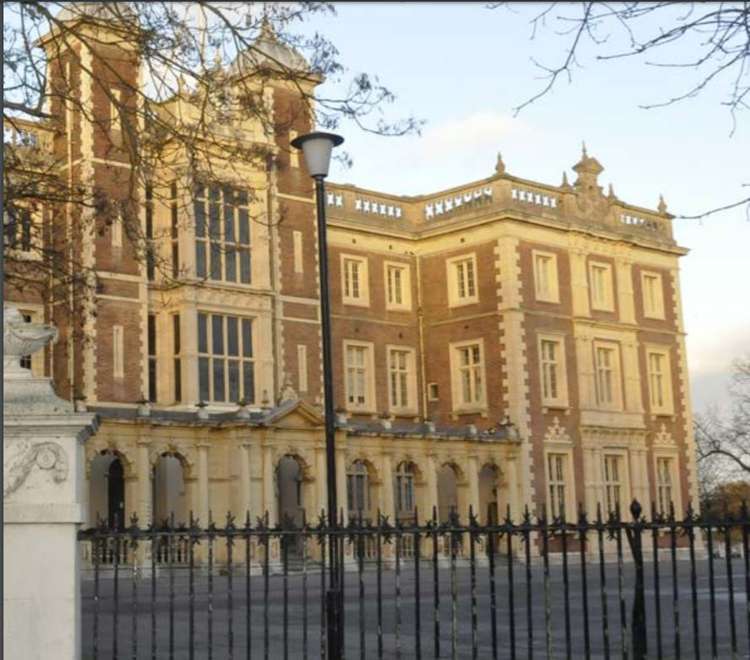 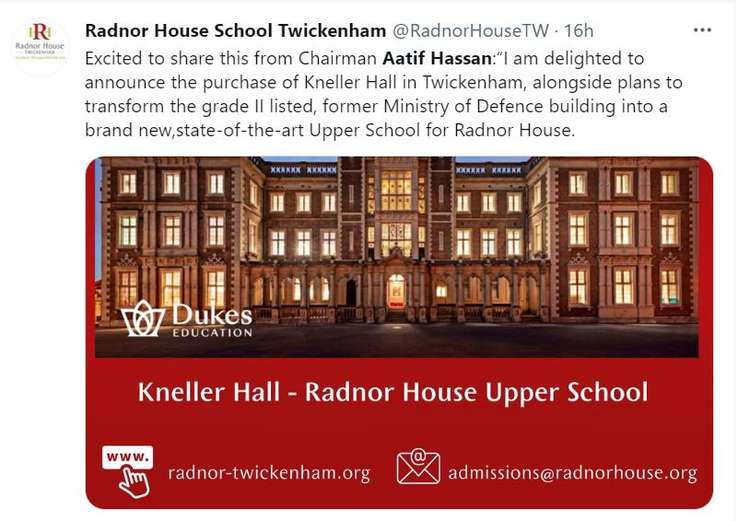 The historic Kneller Hall – best known as being home to the Royal Military School of Music – is to be transformed into a huge new private school, it has emerged,

The announcement has come as a surprise to residents in the area as well as Richmond Borough Council and the Twickenham MP, Munira Wilson.

The building sits on the edge of Richmond borough in Whitton and close to the Twickenham rugby stadium.

It is one of the most recognisable and biggest buildings in the borough, which suggests the private school will look to attract many hundreds of fee-paying pupils.

The Richmond borough already has one of the highest percentage of children attending private schools in the UK.

Kneller Hall has been sold by the Ministry of Defence in a cost cutting measure to a growing private school group to be a new, state-of-the-art Upper School for Radnor House.

Radnor House currently operates from a small site on Cross Deep on the banks of Thames, in Twickenham, which will be retained for young pupils.

It had been thought the Kneller Hall would be converted to apartments or a luxury hotel and discussions on its future had never suggested a future as a private school.

However, the chairman of Dukes Education, which owns Radnor House and a number of other schools and nurseries, Aatif Hassan, revealed the purchase.

Radnor House School tweeted: "Excited to share this from Chairman Aatif Hassan: "I am delighted to announce the purchase of Kneller Hall in Twickenham, alongside to plans to transform the grade II listed, former Ministry of Defence building into a brand new, state-of-the-art Upper School for Radnor House."

The Kneller Hall building that we know today was created in the late 1840's on the site of the country residence of the Court painter, Sir Godfrey Kneller.

The enormous building is Grade II Listed, which means the new school will be constrained in terms of changes to its appearance.

The historic building, which has been extended and much changed, was passed to the War Department in 1856 and became the first School of Military Music before being retitled The Royal Military School of Music in Queen Victoria's Golden Jubilee year of 1887.

Generations of military musicians have been trained at the much-loved establishment, however the forces are now transferring to other locations, including Portsmouth.

A master plan for the Kneller Hall drawn up by Richmond Borough Council suggested part of the site would be devoted to new housing with a large section of green open space used to create a new public park for the people of Whitton.

At this stage, it is not clear whether the school will be looking to take ownership of this green space to provide playing fields, rather than the park envisaged by locals and councillors.

Munira Wilson MP said she plans to hold talks with Dukes Education about the development.

Writing on Twitter, she said: "I and local councillors were disappointed to receive this news about Kneller Hall third hand yesterday after parents were informed, especially given the significance of this site to the local area.

"We hope & expect the buyers to engage heavily with the local community."

She added: "I have secured a meeting with Dukes Education on site to understand their plans and will keep residents updated. There is already significant disquiet locally about the further impact on roads & public transport with yet another big school being built in a very small area."

There has been a mixed reaction to the announcement of the new school. Richmond Chamber of Commerce tweeted its congratulations to Radnor House, while others described the scheme as 'exciting'.